The Power of Viral takes front row in History! 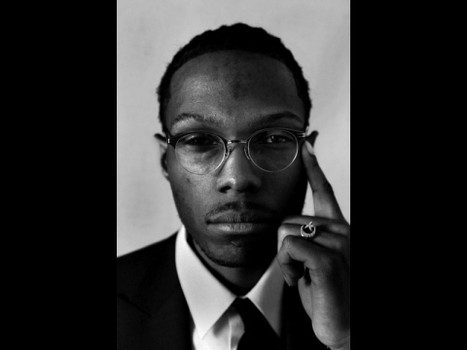 Photo taken from GiantMag.com under Fair Use Doctrine.

Yesterday’s loss of the grandson of historical icon and leader, Malcolm X, has already become part of History, Controversy, Conspiracy, and even Viral Conversation throughout the Internet. Malcolm Shabazz, 28, was murdered Thursday, May 9, 2013, in Tijuana, Mexico.

While “no one knows” who killed him or “why,” Shabazz felt it was coming and explained the process of assassination in which no one would care to ask questions. In an Online record that is currently circulating Facebook with a “RIP Malcolm” photo attached, he explained, in his own words, how he was constantly being harassed and forced to keep a distance from loved ones, not disclosing information to them… in addition to a plethora of other interesting details in his life.

Much of these details highlighted media defamation of his character and crimes that he claimed to have been “cornered” into accepting blame for.

Much earlier this month, an audio recorded “open letter” to Pope John Paul II from 1998 began its re-circulation in the midst of a new addition to an FBI Most Wanted List. Assata Shakur has been named a terrorist by the United States and marked with a $1 million dollar reward for her capture. The open letter is circulating the Internet, speaking in defense of actions that “set her on the run” and in what seems to be self-defense.

Similar to Shabazz, we are able to get another side of the story and paint a much clearer picture of what happened that led up to the incident.

On the other end of the spectrum, we have Christopher Dorner, who was allegedly burnt alive in a cabin fire atop a California mountain chain. It is to be noted that Dorner personally placed a “manifesto” onto his Facebook page explaining his motives and reasonings of events that were to come in latter days. This manifesto was widely spread on the net, even after his Facebook page had been shut down. This, alongside mass murders, led to a manhunt of suspected “cop killer” who was now on the loose and had a distinct vendetta with an extreme plan of action.

Here, we have three situations in which Social Media has given another side of the story. Generally, once a person becomes a fugitive, is murdered or placed into imprisonment, we hear nothing else about the topic, unless it is false or sensationalized by media outlets who are in search of higher ratings. Social Media has allowed these pieces to go viral and for us to become familiar with another side of the story.

Whether or not these contents are genuine and/or truthful, a deeper look into the situation and a furthered understanding can take place in the face of an audience, who would otherwise scorn an innocent person, rather than understand what went wrong and why. And, such is the case on frequent occasions.

Because of the “Power of Viral,” we have found many lost persons, located dangerous villains, reunited loved ones (even pets), freed hostages, petitioned wrongdoings, petitioned action in situations where many have been given the cold shoulder by corrupt agencies, and many more situations that have brought about a positive change in the lives of the human race. In fact, many continue to hand over the “Power of Attorney” of intellectual property and private information to be posted Online by trusted friends and family in the event that something should happen to them, as is the case of Malcolm Shabazz who had to purposely distance himself from those he cared about most in this world.

Not only has the Power of Viral aided the lives of individuals in trouble, but it has also benefitted causes and Nations in finding hope for the future. In Iran and Israel, an accidental “peace campaign” once took place that united members of each enemy territory with others of the opposing territory. This campaign took place when citizens of Israel posed for “Israel loves Iran” posters, in which were sent to Iran via “social,” as Iran did the same to Israel.

“Everyday people” had posed for these posters and placed them on social networks in “free speech” to the opposition of the political choices to go to war. It was rumored to cause an accidental movement of peace between the nations who have been in direct warfare for over a decade.

On the contrary, viral content has created a means for truth to be spread during cases of all-out warfare, in which “outside” territories claim it to be in total civil war. Those who are living the horror are actually able to report “hands-on” and “breaking” information and enemy locations, such as through GPS, photos and video. These items are also beneficial in convicting war criminals of the heinous acts that they commit.

Syrian Truth and Syrian Democratic Future has “outed” many traitors and terrorists on their Facebook Pages, while distributing graphic content that keeps the World aware of real-life terror taking place daily in Syria, in hopes of creating a positive change within it. They stand for the voice of Syria and in gathering allies around the globe to commit to putting bullies in their place.

While the aim is not to market negative aspects of the real world, the Power of Viral takes the front row in making and recording history in the 21st Century. The goal is to distribute information, whether through Word of Mouth or via search engines. Organic SEO results take place through content distribution and Viral Marketing through shares and views. Information is being spread and people are being made aware of corruption and terror.

Can we use this concept to bring about actual change and peace in the future? Or, will this ability be taken from us in the future due to misinformation by those who will learn to use Viral for their own selfish purposes?

In time, we shall see. For now, let’s make the best of it with open eyes and open minds! 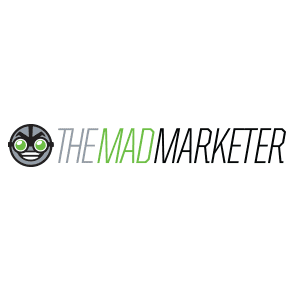