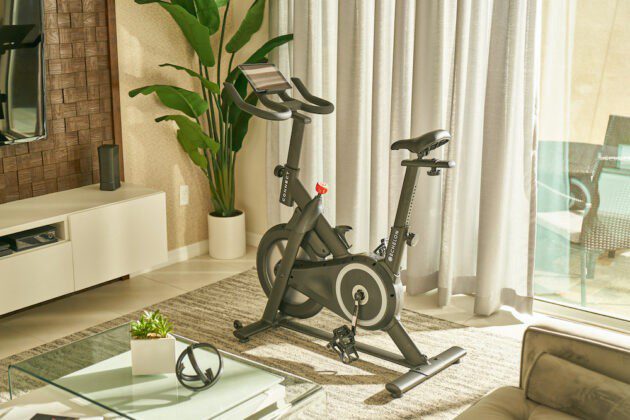 Yesterday, Tuesday, September 22, some investors were ready to go “all-in” on Amazon stock due to an announcement that was anything but accurate. Shortly after “Amazon’s first-ever connected fitness product” was announced, we started to see an immediate rise in stock with prices soaring to more than $200 a share and markets soon closing at $3129. While this seems to have benefited Amazon, temporarily, Amazon did do the right thing and alerted the press. This was “fake news” and the situation would be dealt with.

Sorry, folks, a stationary bicycle made by the exercise gear company, Echelon, has no affiliation with Amazon and is not being sold as an exclusive “Prime Bike” to Amazon members.

With winter on its way and Covid-19 still at our doorsteps, more and more people are preparing for cabin fever. There are rumors of a second wave, leaving some still afraid to go back to their gyms. Those working at home have sought out stationary equipment with desks, and students are making concessions to replace Phys-Education.

Due to the pandemic, Peloton, known for their in-demand exercise equipment and highly interactive virtual classes, has risen more than 80% and has reported not being able to keep up with demand. While companies, such as Nautilus, follow closely behind due to their longevity in the market and ability to meet alternative demands.

“The Prime Bike was developed in collaboration with Amazon, aiming to create an amazing, connected bike for less than $500,” stated Echelon President and CEO Lou Lentine in a corporate news release on Monday.

Naturally, investors would chase the sentiment that the Ex-Prime, as Echelon so blatantly named it, would also do well and possibly outperform against existing brands within the market space. Afraid to miss out on what could potentially be a high-dollar payday, they jumped on the news and quickly took action.

…That was until around 7 PM Est, when Amazon alerted the media that they, in fact, had nothing to do with the new product and have not partnered with Echelon on any level.

All mentions of Amazon and the “exclusive” nature of the bike have been removed from the description on the product web page, and the name has been shortened to the Echelon Ex-P instead of Ex-Prime. The price point of $499 will most likely lose its value, although it’s been on the market since August.

It has not yet been determined if Walmart will pull their Echelon Connect Sport product, another bike that bears a striking resemblance, and that also prices at $499, has separate markings, resistance knob, and handlebars from that in which claims affiliation with Amazon.

Shortly after outlets began spreading the word of fraudulent reporting, stocks fell sharply, hitting lows of $3057 by mid-afternoon. This comes even as Amazon announces that Prime Day 2020 would land on October 13, which had previously planned for July and delayed due to the pandemic — an event many investors look forward to being part of each year.

Because the product was set to rival Peloton in such a devious way, we saw Peloton shares dropping somewhere around 2.3% on Tuesday morning in pre-market trading and finishing at less than 1% with $94.39 at closing. Priced $1400 cheaper than a recently reduced model in Peloton’s profile, we quickly see just how much impact the product would have made had this been legitimate.

Although it seems as though many would actually be interested in owning this product, “[the] bike is not an Amazon product or related to Amazon Prime,” an Amazon spokesperson told GeekWire Tuesday evening. “Echelon does not have a formal partnership with Amazon. We are working with Echelon to clarify this in its communications, stop the sale of the product, and change the product branding,” leading many to wonder if they could work out this problem and possibly improve upon an existing design, really partnering up this time.

The Reality & Potential Twist of Fate

The Echelon bike had no actual features that would facilitate connectivity to on-demand classes without using a standalone tablet, smartphone, or mirror device. But, could you imagine an augmented or virtual reality (VR) experience, riding through your favorite terrains with a fan blowing over your body? With proprietary technologies, Amazon might otherwise be able to make it happen and we’d be right here with our wallets opened.

While it’s most likely we will see a lawsuit in the coming months, both companies could benefit from “playing nice,” and their subscribers would be a whole lot nicer! Will they partner in the future, or will Amazon see this opportunity for what it is — and play ball?

It’s 2014, and you still have no Mobile Marketing Action Plan? Change that!