While virtual reality has been available to consumers for more than 20 years, it doesn’t seem like it caught on too well until recently. Companies like Google Cardboard, Oculus Rift and Samsung Gear VR have made virtual reality more mainstream, and now everyone is trying to get some action.

Providing what some are quoting to be the “industry’s highest resolution VR experience,” YouVisit has formulated an algorithm said to be viewed at almost five times the resolution of other standard virtual reality content. The visuals are said to be so realistic, that users almost forget that they never left their living room.

YouVisit’s algorithm cuts down download times and allows each experience to be powered at a higher resolution but at a much lower bandwidth. This takes place by allowing the user experience to transform how the algorithm actually works. The solution is creating the natural human vision from the user’s perspective. The algorithm is based on the direction that the user is looking and maps itself, based on the peripherals outside of the user’s view.

Most devices are simply not compatible with quality resolutions when it comes to virtual reality. This technology requires too much bandwidth and resolution for virtual reality to reach its full potential. For this, YouVisit went straight to the chopping block and came up with their solution to those problems within the virtual space. The solution will be made public during the second quarter.

As it’s a wide-open market, there are many opportunities for businesses entering the virtual reality marketplace. Real estate companies, for example, may better show off properties to onlookers without wasting time meeting with clients, who aren’t serious about buying. Travel agencies can better show off resorts and landmark locations.

Educational institutions are already presenting students with virtual field trips at many museums and locations around the world. In fact, Google has been working with many school districts around the world, testing and optimizing their virtual reality experiences by providing students with cutting-edge “field trip” technologies, making virtual reality a part of their daily educational experience.

In more recent news, Quantico, a television series on ABC’s primetime starring “Miss World” Priyanka Chopra, partnered with Lexus and kicks off a midseason premiere with a scripted 360-degree experience. The Takedown episode is a three-and-a-half minute experience that leads tech-savvy viewers through a virtual reality tour within the backseat of the new Lexus LX 570 SUV. The viewers will become a part of the team at Quantico and get closer to solving case through the virtual reality experience, as a new recruit.

Study Reveals How to Digitally Influence Consumer Behavior and Sales 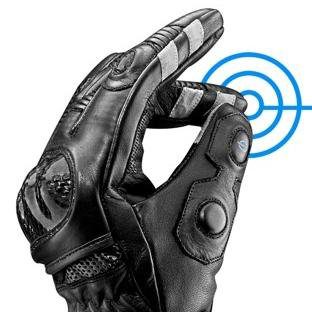