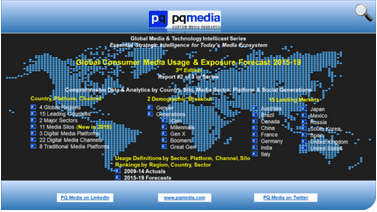 PREVIOUSLY PUBLISHED TO THE EXAMINER According to a Feb. 2nd disclosure by PQ Media, a leader in competitive intelligence and market research for some of today’s top media and technology organizations, traditional media consumption is declining and is predicted to be consumed 2.1 percent less by 2019. We have already seen a 2.4 percent decline in 2015, leaving us consuming traditional media at a rate of 46.8 hours weekly – down 10 hours from 2009. […]